OR Corporate - Wilsonville, OR

Precision Countertops is a leading custom countertop manufacturer in the United States; we service California, Oregon, Washington, Idaho, Montana and Alaska. With over thirty years of experience manufacturing and installing countertops, we have thousands of satisfied customers. We are experiencing tremendous growth and are currently recruiting for a full-time Material Handler/Warehouse Associate in our Wilsonville, Oregon facility. Our success lies in the people we hire. We are committed to providing a personal and rewarding experience for every employee in our organization by offering a positive work environment and career advancement by promoting from within. If you are an innovative, service oriented team player and meet the following requirements below, we want to talk to you! 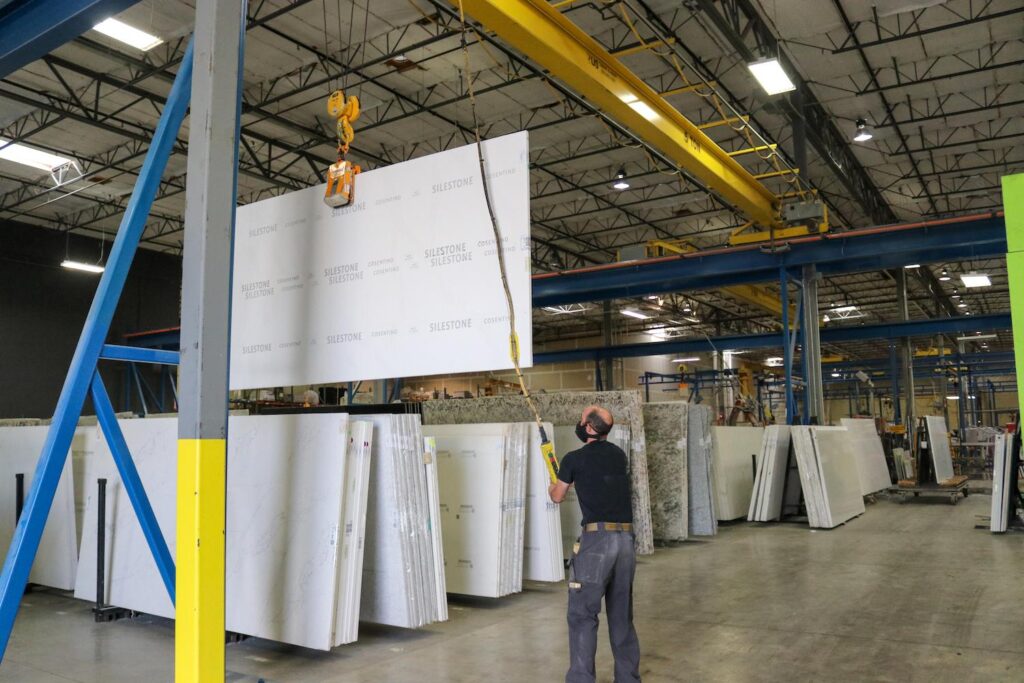 Quartzite Is The Hottest Trend For Natural Stone In 2020

When people think of natural stone, the majority of the time marble or granite will come to mind.

Quartzite is a third option that has become a diamond in the rough and is gaining ground in the countertop scene. It may be the last one you think of, but once you are familiarized with its beauty and durability, you’ll see quartzite has only just begun to shine. Homeowners and designers are beginning to realize that you can own natural stone without the worries and anxieties of owning marble. 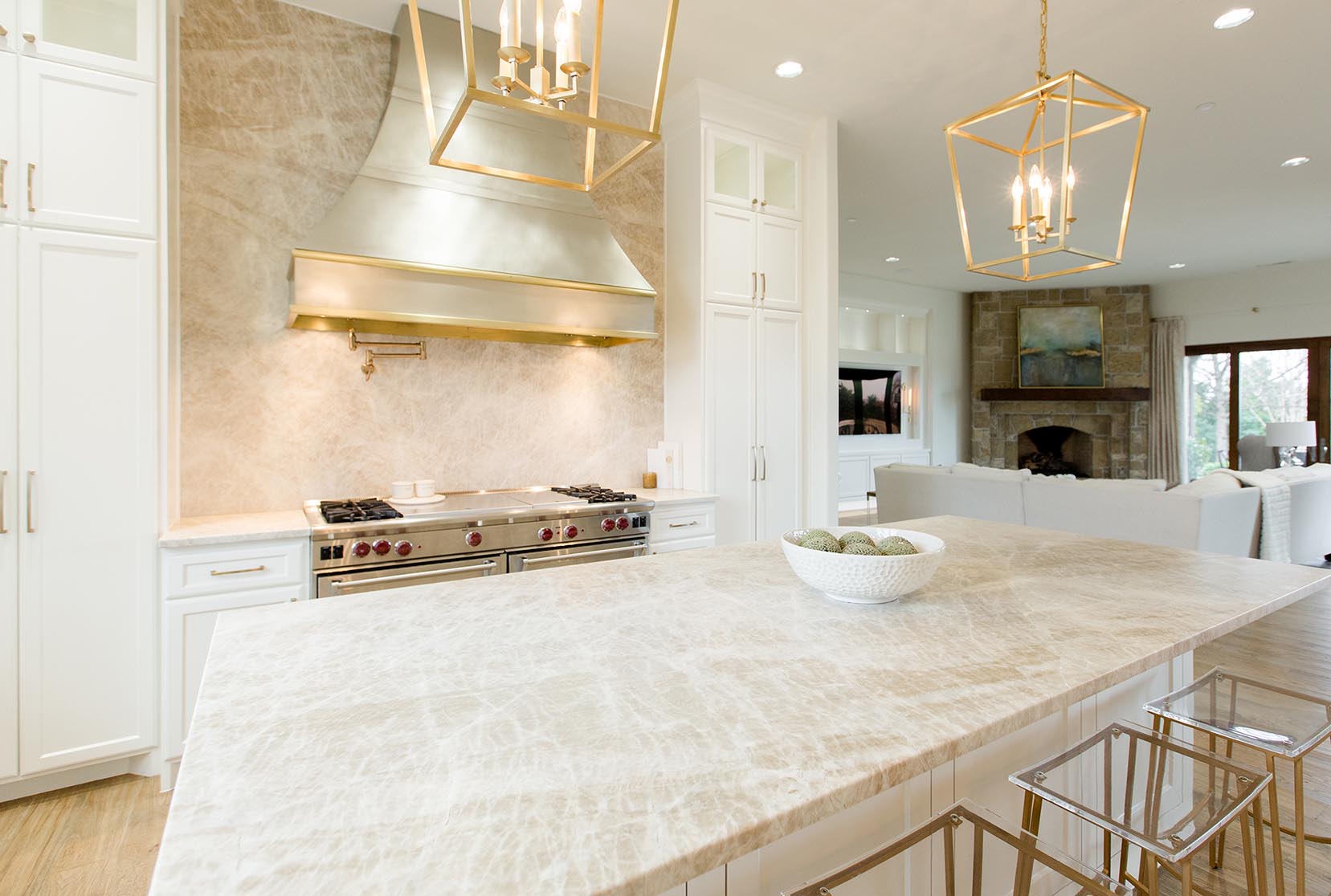 We have found that many people are unfamiliar with quartzite. It sounds delicate and one might think it too precious for high use areas like a busy kitchen. This couldn’t be farther from the truth. Quartzite is a metamorphic rock which is formed when sandstone is buried and the pressure and heat over thousands of years fuses those sand particles together to create a dense, durable rock. Quartzite registers as an 8 on the Mohs Scale of Hardness (1 is softest and 10 the hardest), which is the hardest of any other countertop material, even harder than quartz. To give you some perspective, a fingernail registers at a 2.5 while a diamond lands at a 10.

Quartzite has two different looks. One is bolder and dark and the others are creamy and light. Its coloring can vary depending on where it’s quarried or what minerals were present in its formation. The veining will sometimes take on red, pink, green or even blue hues that are pulled in from the surrounding materials during metamorphous.

Quartzite Has the Durability of Granite

Quartzite and granite are the most similar. They are both natural stones, extremely hard and both are beautiful in their own original ways. Their differences are what make quartzite really stand out. It is denser and harder than granite, which means quartzite countertops are less prone to scratches, chips or stains. They also look quite different. Granite is an igneous rock so it often displays larger, darker (often black) flecks that were formed by molten lava. Granite’s patterns are often busier and less linear than quartz.

Quartzite Has the Beauty of Marble

The Italian white marbles are timeless and opulent, there’s no refuting that. Marble countertops have been popular since stone made its way into the kitchen hundreds of years ago. When you own quartzite you can own a piece of natural stone, some looking almost identical to marble, but you get the performance of quartzite.  Quartzite is much harder than marble (marble is a 3-5 on the Mohs hardness scale) so it won’t scratch, chip or stain as easily. Marble is also prone to etching.  Etching happens when acid, (think lemon juice), reacts to the calcite in marble to create a stain. Since quartzite doesn’t contain calcite, there is no chance it will etch upon exposure to acidic foods.

It’s hard to beat the feeling of knowing you own a true piece of nature’s art, but many people aren’t willing to take on the risks and maintenance requirements of marble. With quartzite, you get the originality of natural stone but have the confidence it will retain its beauty over time.

Since the names are so similar, confusion abounds when people are considering quartz versus quartzite. Quartz is manmade in a factory and consists of 93% crushed quartz. It’s then combined with resin and polymers to create a countertop that is beautiful, non porous and chip resistant. Because it is manmade, they mass produce the same exact slab and have control over the color and movement. This results in a more uniform look. Quartzite, on the other hand, will be more varied as mother nature never makes the same thing twice. Quartzite also sets itself apart from quartz when it comes to performance. It is harder than quartz, making it more scratch resistant, and it also handles exposure to heat better.  The resins that bind manmade quartz together will react to hot temperatures, causing the material to permanently stain. 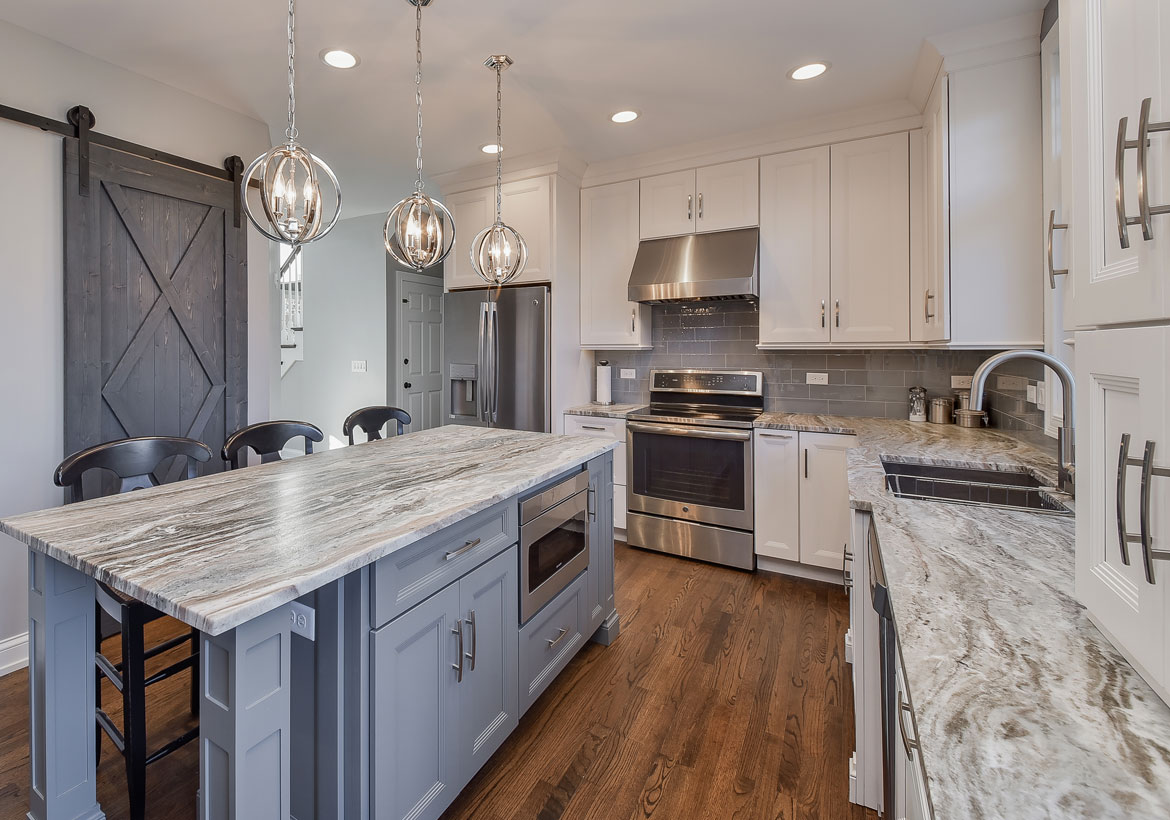 As you can see, quartzite countertops are arguably one of the best choices we offer. With that, comes a higher price tag. Since quartzite is the hardest material we sell, it takes more time to extract blocks from the quarry and is also more difficult to fabricate once we bring it in house. It takes additional time to cut and is rougher on our diamond blades and wires than other natural stones. This results in a higher cost to the end consumer. Quartzite, however, is not cost prohibitive. It’s not as expensive as a rare marble, but will cost more than most quartz products.

Taj Mahal is our most popular color.  It’s soft white with grayish or golden beige veins running throughout. These slabs most resemble the Italian Calacatta marbles.

Tahitian Cream has a pale beige background with a subtle green tone. Its layers are delineated by small pronounced veins with streaks of beautiful white layers.

Moreno is described by DalTile as “having a gray slate-like look, it has prominent veining, creating a sense of movement that makes a perfect center piece.”

Mercury is a white quartzite with linear gray layers. Sometimes, as with all quartzite stone, you will get a cut through of vertical veining as well. The somewhat uniform darker gray lines reminds one of the very pricey Zebrino Carrara marble.

Savoie quartzite is a beautiful mix of beige, gray, white and golden hues that don’t have the linear qualities of the other colors. It’s a warm stone, with many different colors to jump off from in your color scheme.

As with any natural material, every slab looks different and tells its very own geological story. These are our top selling natural quartzite slabs, but there are other quartzite colors we have available through our supplier, DalTile.

Quartzite is truly a show stopping natural stone that boasts exceptional durability.  Come see for yourself why top designers are specifying it more and more….it’s the perfect marriage between original beauty and performance.

4 Easy Ways to Incorporate "Cottagecore" Into Your Kitchen!

Countertop Trends in the Pacific Northwest for 2021

Thanks To Great Design, This West Linn Kitchen Renovation Shines!

Happy May Day From Precision Countertops! 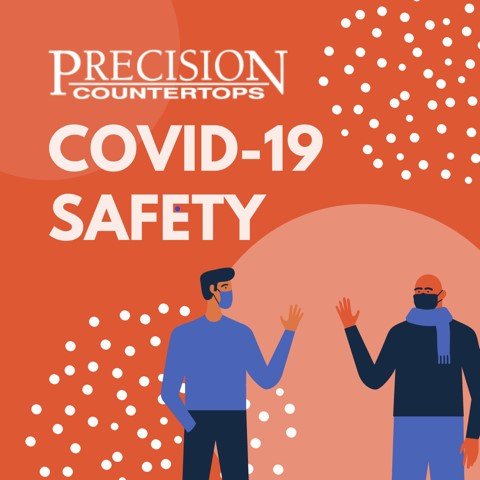